These disorders manifest themselves in the early years of age, persist in adult life and are characterized by difficulties in the personal, social, scholastic or working spheres.

What are neurodevelopmental disorders?

Among these disorders we find:

Intellectual disability is characterized by deficits in both intellectual and adaptive functioning in the life contexts of the person. A deficit of general mental abilities could be observed, such as:

Moreover, there are fragilities in the aspects of daily life such as: communication, social participation, school or work activity, and personal autonomy. If the child does not achieve the expected skills for the given age group, there may be a global developmental delay.

Fluency disorder includes persistent changes in the cadence of speech, which leads to anxiety or limitation of the effectiveness of communication.

Disorder of the autism spectrum

Autism spectrum disorder is characterized by persistent deficits in social communication and social interaction, including:

In addition, a restricted and repetitive repertoire of behaviours, interests or activity must be present.

Attention deficit/hyperactivity disorder is determined by a persistent pattern of:

Inattention and disorganization involve the inability to keep attention on a task or a game, the apparent lack of listening, the loss of objects and often being careless in everyday life. Hyperactivity-impulsivity implies an excessive level of activity, agitation, inability to sit, interference in the activities of others, and inability to wait. This can also be reflected in the language and organization of thought.

Specific learning disorder is manifested by particular deficits in the ability to perceive or process information efficiently and accurately. Learning difficulties are first observed during the early school years but may not fully express themselves until school demands exceed the individual’s abilities.

The disorder is characterized by persistent and progressive difficulties in learning basic school skills in reading, written expressions and/or calculus. The individual’s performance in school skills is considerably below the average compared to the chronological age. Such difficulties can interfere with school, work, or daily life activities.

Disturbances of movements include:

Other disorders of neurodevelopment

Neurodevelopmental disorders with other specification (and those without specification) fall into this category. In both cases these are manifestations with characteristic symptoms of a neurodevelopmental disorder, causing significant discomfort or impairment of functioning in the social, working or other contexts of daily life, predominate, but do not fully meet the criteria for a diagnosis to be made.

The second category is used in situations where the clinician chooses not to specify the reason why the criteria for a specific neurodevelopmental disorder are not met. One understands, in this case, the conditions under which there is insufficient information to place a more specific and accurate diagnosis. 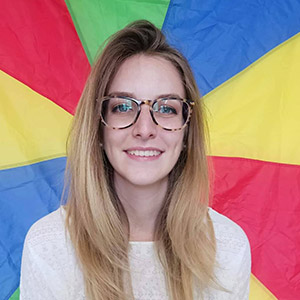