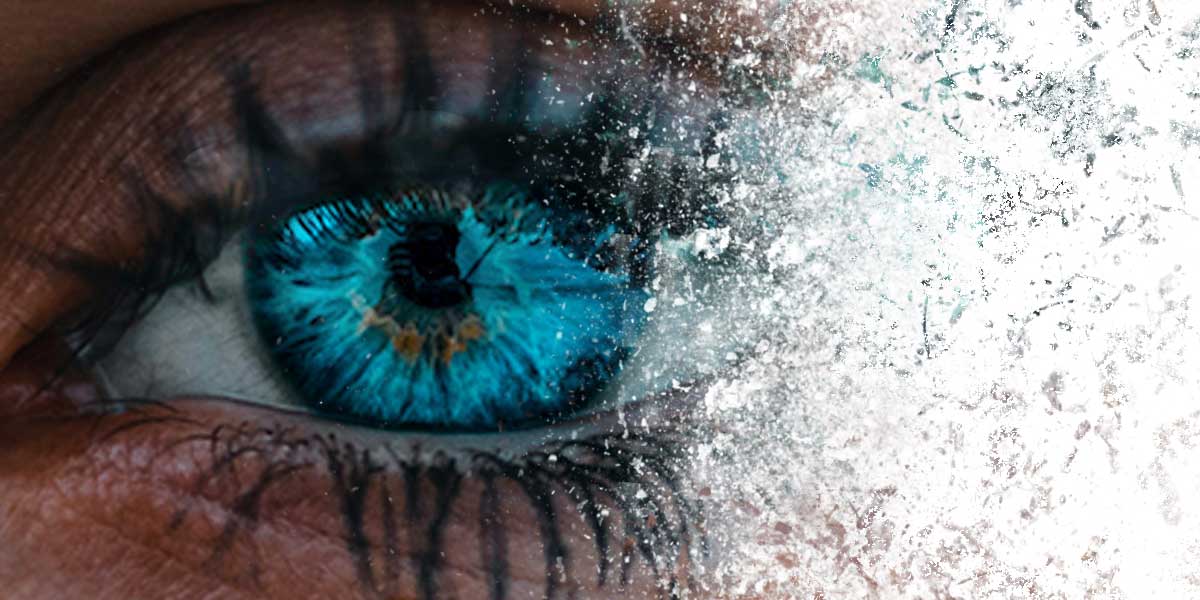 Hemianopsia is a symptomatology known among experts in the field but still unfamiliar to the public. In Italy, 60% (about 25,000 each year) of hemianoptics undergo this symptomatology as result of a stroke and, considering the progressive increase in average life expectancy, the risk to see these numbers increase is ever more.

This symptomatology manifests itself as a consequence of injuries related to traumatic events, frequently resulting from vascular dementia in the primary visual cortexes, areas designated for the processing of visual information such as shape, position, and movement of objects within our visual field.

Want to learn about new treatments for hemianopsia?

This visual deficit is named after the Greek words that compose hemianopsia:

What are the causes??

The major issue in these instances relate to the impairment of the normal dynamics of transmission of bioelectric signals, affecting the communication phase of this information in the passage between the retina and the visual cortex. If the cerebral area or a nerve fiber is subjected to an unnatural pressure, it prevents the correct flow of bioelectric impulses.

Optical chiasm: what is it and what is its incidence?

Lesions that damage the cerebral cortex may develop anteriorly, posteriorly, or at the same level as the optic chiasm ( which is defined as that area of the brain in which occurs a partial cross between the nerve fibers that go to constitute the optic nerves ).

The precise position in which the injury occurs is of fundamental importance, allowing us to distinguish three types of lesions:2:

What are the treatments for hemianopsia?

If said pressure is generated by a tumor of the pituitary gland or an aneurysm, we could turn to surgery:

If there is necrosis in the nerve cells belonging to the optic tract, surgery could represent the perfect answer.

Another type of treatment is represented by glasses equipped with hemianoptic lenses that allow the patient to get familiar with the space around him. However, the process of adaptation to these prismatic lenses takes a long time, and it is possible to experience disruptions or issues with said treatment course.

In the field of neurorehabilitation, we witnessed a real breakthrough when we turned to multisensory stimulation of intact subcortical structures, by taking advantage of brain plasticity.

Want to learn about new treatments for hemianopsia?

What are the types of hemianopsia?

Before we begin we recommend a short video posted by the Saint Stephen Rehabilitation channel in which a brief presentation of this disorder is made.

We distinguish 4 different kinds of hemianopsia:4:

Diagnosis hypothesis: what differentiates homonymous hemianopsia from the others

After a careful analysis of the type of visual field deficiency in which we have incurred it is possible to reach a diagnosis on the area in which the injury occurred:5:

Hemianopsia, however, presents itself with an extremely complex symptomatology, independently from its classification, capable of enclosing and involving multiple functional areas.