Causes and symptoms that generate the "double vision" of diplopia

The editorial staff of Emianopsia.com has the pleasure of hosting Dr Valeria Russolillo, Orthoptist Assistant of Ophthalmology. Dr Russolillo proposes a study on diplopia.

How can we define diplopia?

This issue entails a peculiar perception of reality: the patient seems to have two distinct images of a single object. We speak of monocular diplopia when this is also present by examining each eye individually. In these cases, the root of said issue is to be found in pathologies due to one of the structures of the eyeball such as:

Conversely, this deficit is called binocular when it is caused by dysfunctions of the oculomotor system; in these cases the "double vision" disappears at the occlusion of one of the two eyes. The binocular diplopia is the one of greatest neuroophthalmological interest and is the most manifested form in the general population.

Here is a short video published by the Fondazione I.R.C.S. Istituto Neurologico Carlo Besta in which an overview of this issue is given.

A common cause is the decompensation of a pre-existing squint in paediatric age, this is due to the progressive loss of the fusional reserves of compensation of heterophoria until then well controlled. In the rarest cases, however, it can occur because of … therapies not properly conducted.

This disorder is also the alarm bell of numerous neuroophthalmological diseases; it may occur as a result of paralysis or paresis of "central" eye motility, or ophthalmology manifested during inflammatory lesions and acute vascular such as cerebral stroke and TIA. Diplopia may also be the symptom of the onset of other demyelinating diseases of the central nervous system (such as multiple sclerosis) and autoimmune system (such as myasthenia).

When this problem arises from peripheral paralysis of the common oculomotor, trochlear and abducent nerves ( which regulate and contribute to maintaining the alignment of the visual axes ), it is attributable to the presence of systemic pathologies, such as diabetes and hypertension. Other triggers may be due to:

Patients may also develop these deficiencies:

The "double vision" is the only symptom that is reported by the patient during an orthoptic evaluation; moreover the connected subjective symptomatology is very variable and sometimes inconsistent with what the orthoptist can objectively evaluate, through a large test battery.

This is due to the presence of several factors that contribute to change the representation in the space of the second image such as:

Not to be underestimated is the psychological perception of their state of visual health, for this reason we cannot disregard to listen carefully to what the patient reports, as to carry out an accurate medical history.

The ocular symptomatology that is associated with this disorder is related to the type of squint: if it is a divergent squint, patients initially report feeling blurry vision, "seeing through a water bubble" and then move on to see two very distinct images in presence of strong or neon lights, with a continuous feeling of glare.

In other cases we can find a patient with vertical diplopia present exclusively when looking up or down, symptom which increases when tilting the head; in these cases, also taking the stairs might constitute a problem, because of the double vision.

In the convergent squint (from paralysis or paresis of the sixth cranial nerve) the patient complains of diplopia only in the look from afar, therefore he is invalidated to the guide and in all the activities at a distance. In this case, a surgical evaluation is recommended in a short time, proposing the use of botulinum toxin to solve this clinical issue.

As for the therapy, first it is important to transmit to the patient the basic information necessary to understand this visual discomfort that cannot be solved immediately, and with which you must undertake a long path of cohabitation and monitoring.

As already mentioned above, if the cause of this disorder is attributable to a glycaemic or hypertensive peak, the orthoptist needs to refer the patient to their general practitioner and specialist in order to resolve or stabilize the patient’s personal situation and re-evaluate it in the light of a new therapy and any diagnostic investigations (such as, for example, magnetic resonance imaging with regard to the need to diagnose certain neurological pathologies).

The patient’s squint is then re-evaluated by measuring it objectively in prismatic dioptres (dp) to verify how this has changed over time. In the literature, in most cases, there is a considerable initial improvement, followed by a modest progress and a stationary period in the next 10-12 months, before which surgery is not advised

The oculomotor picture or a slight diplopia (with a small angle of squint less than 10-15 dp) can be resolved with prismatic lenses, which can be applied on their own or incorporated into the lenses of the glasses. Depending on the discomfort reported by the patient, prismatic lenses can also be used temporarily while waiting for the angle of squint to be reduced.

Another option (only under the advice of qualified staff) can be using filters customized for the patient, to exclude the second image produced by the eye affected by paralysis or paresis. In any case, it is not recommended to close the eye with a bandage or similar materials and deprive it of receiving light. The orthoptist is a rehabilitation professional and as such their task is to bring the eye to look forward. 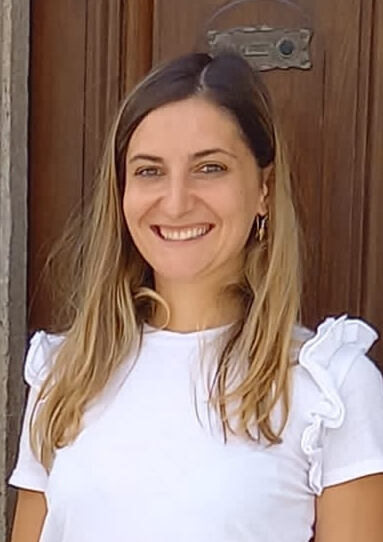