The term maculopathy is used to refer to multiple pathologies, which entail various symptoms, but this issue may be difficult to recognize at first, since the initial stages are usually asymptomatic

The editorial staff of Emianopsia.com has the pleasure of hosting Dr Chiara Spatafora: graduated in Orthoptics and Ophthalmological Assistance with additional qualification in optics. Dr Spatafora proposes a study on maculopathy.

This “umbrella” term is used for all those diseases that determine an alteration of the macula. The macula, anatomically, corresponds to the central part of the posterior retinal pole, which contains photoreceptors.

At the level of the fovea there is a concentration of cones, the photoreceptors assigned to the vision of colours, these are activated in all conditions of brightness. The visual acuity, particularly the maximum visual acuity, is due to the functionality of the cones. Instead, moving from the central zone towards the periphery, the cones decrease, and the rods increase, the photoreceptors assigned to the night vision.

Photoreceptors are the cells that transform light stimuli into visual signals: our vision strictly depends on the integrity of these structures.

In Italy this problem affects about 2% ( about 1 million citizens ): of this group, about 300,000 people develop the most serious form of maculopathy, which entails a complete and irreversible loss of vision.

In our country, more studies have been conducted to assess the possible correlation between geographical location and the development of this disease: on a sample of more than a thousand citizens living in urban areas and rural areas found that there is no substantial difference in the prognosis of this pathology. Therefore, this pathology cannot be directly linked to environmental pollution or sun exposure, which however remain risk factors in numerous conditions, such as cataracts.

What are the symptoms of maculopathy?

As for the symptoms, they vary and are not easy to associate with the disease. Usually, the initial phases are asymptomatic: the affected patient does not report any loss of vision and this unfortunately delays the diagnosis. In light of this, we ought to make an accurate eye examination every year, once we surpass the age of 50.

When the anatomical injury becomes significant some symptoms manifest, among which we find:

The process to reach a diagnosis

The diagnostic tests fundamental not only to obtain a diagnosis, but to better understand the illness and the damages occurring; therefore, some of the test run in these cases are:

How many types of maculopathies are there?

There are many forms, which can be divided between hereditary forms that affect at a young age and those acquired.

The most common is Stargardt’s disease: it is a bilateral juvenile macular dystrophy, characterized by the presence of the 'flecks', or roundish yellow patches visible in the ocular fundus. Due to the loss of vision in both eyes, currently there are no therapies, the only treatment is based on the use of aids for the visually impaired.

This group is much larger, the most frequent are: DMLE (age-related macular degeneration), myopic and drug derived.

This form of the illness is mostly present in people over 60 years old; age is the main risk factor, followed by factors like gender and having a clear iris.

In the initial phase the disease is asymptomatic: we find alteration of the pigmented epithelium and the drusen (that is visible lipid deposits in the ocular fundus) but with no symptoms.

Drusen can be distinguished into hard and serous, the latter indicating a more severe prognosis; in severe cases, this pathology will lead to the formation of exudates that further complicate the disease.

The second phase is divided into two forms: the dry form (properly called as “atrophic”) and the neovascular form. The atrophic form is less severe and most common one, it generally has a slow evolution: there is no therapy to stop the pathology, we resort to tools used to aid visually impaired patients.

On the contrary, exudative DMLE evolves, causing total loss of vision; currently the most used therapy is that of intravitreal injection with Anti- VEGF drugs. These drugs block the formation of new vessels.

It is a pathology that has as main risk factor the development of the axial length of the eye: in subjects with high myopias, axial lengths of the bulb are higher than the norm (about 25.5 mm). It can also develop in young subjects; the therapy may include surgery in case of macular hole or injection of anti-VEGF in the presence of choroidal neovascularization.

It is an acquired pathology caused by certain drugs, among the most prescribed ones, we find: psych drugs for the treatment of schizophrenia (for example, thioridazine) and antimalarial drugs. In this case the main therapy is immediate termination of saidtreatment.

The role of psychological support and optical aids

This pathology often leads to the loss of bilateral vision: therefore, it is fundamental to assist patients with a valid psychological support and with the choice of optical aids specific to their needs.

Can you drive with maculopathy?

In the most severe cases, this problem can also affect driving; therefore it is essential not only to assess visual acuity, but also the sensitivity to contrast and the field of view.

Specifically, the binocular field of view must reach at least 120 degrees in the horizontal plane, with an extension of at least 50 degrees laterally and at least 20 degrees between the bottom and top.

In monocles, which imply a loss of visual acuity in one eye, it is required that the candidate has at least 8/10 vision to compensate for the other eye, as regards the monocular field of view shall have a horizontal extension of at least 120 degrees, an excursion of at least 60 degrees sideways, 25 degrees upwards and 30 degrees downwards.

We would like to thank Dr Spatafora for this in-depth study of maculopathy and recommend that you retrieve her article "Macular edema: blurred vision and colour alteration". 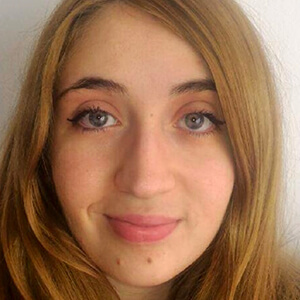